An anarchist running for mayor; anarchist candidates for city council—what did Montreal do to deserve this? Indeed, with seven anti- authoritarian identified people running for office and more cast in supporting roles, our town would seem to be experiencing a phenomenon: the coalescing of an organized anarcho-electoral pole in the anti-statist milieu.

The principal theorist of anarcho-electoralism is Murray Bookchin. Bookchin believes that because anarchists elected to office would have a different agenda, a reversal of perspective occurs. This is not unlike the outlook of the Spanish anarchist militants who became ministers in the government during the Spanish Civil War, who believed that because of anarchist (i.e. their) participation, a sort of cleansing, a legitimization, had occurred. Functioning as an important corollary to his electoralism is Bookchin’s support for majority rule (Green Perspectives, October ’94). Thus the usual techno-elites necessary to industrialism will continue to rampage behind a smokescreen of massified, anonymous “democracy” (in Bookchin’s terminology).

Ecology Montreal, [1] a local municipal party, takes its “inspiration from the social ecology and urban theories of Murray Bookchin” according to Phillip Chee, a party militant (Kick It Over, Fall ’93). Shut out the first time it ran candidates, the party’s attention this time around has been predictably riveted on coming out of the wilderness and getting someone elected. Given this vote-expansion agenda, the attraction of cutting a deal with other parties and independent councilors at City Hall was not long in making itself felt. This resulted in the creation of Alliance ’94, which consisted of Ecology Montreal, two independent councilors and a handful of academics and hangers-on. Following a poorly attended public meeting the alliance quickly petered out. Ecology Montreal then decided to join forces with the Democratic Coalition, a small organization centered around left-leaning councilors Sam Boskey and Marvin Rotrand. A joint candidate for mayor was chosen, literature produced, and the political map was carved up among candidates of the now-fused organizations.

Ratcheting up the hype, Coalition Democratique-Montreal Ecologique (CDME) campaign literature cranked out slogans such as “your ecological choice” and “There is a party with a conscience,” as the party not so subtly attempted to clamber onto a moral high ground. Particularly humorous during the campaign was observing the anarcho-candidates trade ringing public endorsements of each other. “I sincerely believe that Jean-Guy Aube is the right person for the neighbourhood of Rosemont,” solemnly intoned a quote from mayoralty candidate Yolande Cohen which was placed at the end of a flyer promoting Aube. Meanwhile, a journalist who accompanied Dimitri Roussopoulos campaigning door to door found him “capitalizing on the rapidly rising profile of CDME mayoralty candidate Yolande Cohen” and regularly “invoking her name.”

Politicians no doubt have a way of getting sucked in by their own propaganda. The anarcho-candidates, in any case, seem genuinely confused about the real role they are playing. “Roussopoulos is not a politician,” for instance, baldly states one campaign flyer. In other campaign literature, however, we learn that “Dimitri Roussopoulos is determined to play a leadership role in the community,” while yet another ad says that Roussopoulos “played a leading role” in founding a co-op. These repeated references to leadership in his campaign literature are in no way fortuitous; they’re there because he wants them there. Roussopoulos needs to assert the necessity of his party and himself as mediators. Above all, a world of leaders and followers, a hierarchy, must be preserved.

Probably not since the Spanish Civil War have anarchists been as visible in the local media. This was due in large part to Yolande Cohen’s mayoralty bid. Cohen, a history prof and founding member of the now-moribund Anarchos Institute, received front-page profiles in The Gazette and Le Devoir, reaching thousands more through televised debates. Her credibility as a candidate seriously in the running was dealt a blow when a poll showed her pulling in only 5% of the vote. Thereafter some analyses of the mayoralty race mentioned her only in passing or not at all. Other journalists, on the other hand, finding Cohen the most lively candidate, used her to spice up articles and inject a human interest angle. As one obviously bored Gazette reporter put it. after featuring an account of Cohen’s speech during a debate: “It was a bit of an adrenaline-shot in an evening that otherwise did little to increase one’s heartbeat. Some people were even heard to chuckle, somewhat.”

Apart from Cohen, other candidates with past connections to the anti-authoritarian milieu included: Phillip Chee, who had an article on Ecology Montreal printed in the Toronto anarchist journal Kick It Over; Pat Moore, who once worked at Alternative Bookshop and Cafe Commune; Angel Martinez, who has attended meetings of the OSBL (non-profit organization) which owns the building which houses Alternative Bookshop; Jean-Guy Aube, who is involved with the Quebec-separatist “libertarian-socialist” journal Rebelles; and Marcel Sevigny, an independent councilor who participated in Alliance ’94 but did not join the CDME (although he was the only person the CDME didn’t run a candidate against). Sevigny’s pro-electoralist ramblings occupied a chunk of an article on the local anarchist milieu by Isabelle Rivest which appeared in Voir, a free, high-circulation weekly.

One candidate who will be familiar to long-time Fifth Estate readers is Dimitri Roussopoulos, the owner of Black Rose Books/Our Generation magazine. In 1977 a short letter criticizing Black Rose business and editorial practices was published in the FE. [See “L’affaire Black Rose Books,” FE #284, July, 1977.] Roussopoulos produced a long, lame letter in response and many other letters were published over the next few issues in what became known as the “Black Rose Affair”. One result of the controversy was a wide-ranging (if at times frustrating) debate about alternative publishing within a capitalist, commodity economy.

During the “affair,” though, key information about how Black Rose actually functions was absent, skewing readers perceptions. These parts of the puzzle publicly fell into place in 1982 when a statement denouncing Black Rose as a “family business with anarchist pretensions” was put out by two anarchists who were fired when they attempted to collectivize Black Rose.

Calling himself the incumbent’s “chief rival,” Roussopoulos clearly felt he had a chance to win, unlike Cohen. Roussopoulos managed to hit the pages of the mainstream press as well when the incumbent, Michel Prescott, lodged a formal complaint against him with the director of elections (the charges are still under review as of this writing). Prescott charged that Place Publique Milton-Parc, a community journal, was “founded nine months ago in order to promote M. Roussopoulos’ candidature” and that Roussopoulos was using the journal for “free publicity.” Prescott requested that the journal’s expenses be included in Roussopoulos’ campaign budget. Seeming to support Prescott’s contention were a number of facts: Roussopoulos is the president of the organization which publishes Place Publique Milton-Parc and his editorials were featured in the first four issues of the journal. In the following issue a photo appeared of Roussopoulos, Santa-like, awarding a prize from a contest announced in the previous issue. The cover of the same issue had a full-page photo of Cohen against the backdrop of City Hall. Inserted on the page is a cartoon of a seventy-ish man holding a bouquet of flowers. To the idea of “a woman running for mayor of Montreal” he responds, “Wow, does that make me want to get involved in the campaign.” Pretty hokey stuff.

Included as an annex was an affidavit by a person who visited the Place Publique Milton-Parc office and found that it doubled as a CDME campaign office.

Seasoned infighter that he is, Roussopoulos bashed back: “Roussopoulos dismissed Prescott’s accusations as nonsense” (The Gazette); Roussopoulos “labels [Prescott’s] gesture dishonest” (Le Devoir). Calling Prescott’s accusations a “web of lies,” a statement from the CDME executive committee in Journal Saint-Louis said that Roussopoulos had stopped writing for the journal during the election campaign. “We wanted a newspaper with a political orientation, but never one linked to a political organization,” said Clement Schreiber, the journal’s coordinator, in a interview in Hour.

The controversy, if mainly a tempest in a teapot, did have the interesting result of shining a spotlight on Place Publique Milton-Parc. Prescott’s assertion that the journal was created simply to promote Roussopoulos’ candidacy would seem pretty ridiculous. Untenable as well, however, is Schreiber’s statement that the journal is not linked to a political organization. Schreiber neglects to mention that he was himself a CDME candidate and that other candidates (apart from Roussopoulos) were present as writers for the journal, such as Luc Boily and Bernard Bourbonnais. Another writer, “Bicycle Bob” Silverman, was an Ecology Montreal anarcho-candidate in the previous election. Silverman once had a letter published in the Fifth Estate quite a few years back; more recently he has been publicly touting the cost-effectiveness of cops on bicycles. Also writing articles or involved with the paper were party bigwigs Lucia Kowaluk and Andrea Levy. Another candidate, Pat Moore, has helped with proofreading.

This of course does not mean, as Prescott implies, that all Place Publique Milton-Parc writers are CDME members or that the journal is entirely a creature of the CDME. What is interesting to observe is how the org people were able to flog their racket in a widely distributed community newspaper, familiarizing people with their names without initially announcing their party colours, before often blossoming into full-blown candidates.

The elections and the antics of the anarcho-electoralists did not unfold without reactions in the local anti-authoritarian milieu. Independently, several groups/individuals decided to voice their disgust. Someone did an anti-Roussopoulos poster, 2 and a more general anti-politician poster appeared. In an issue that came out during the campaign, the recently initiated journal Demanarchie published a rant, stating: “Demanarchie hates all the candidates. But what really riles us up is twits campaigning as anarchists.”

During the campaign, Cohen had projected 8 to 10 winning CDME candidates (out of 52). This not exactly rosy prediction ultimately turned out to be optimistic. Candidates from the Ecology Montreal side of the CDME fusion were once again wiped out, with the only winners from the Democratic Coalition being incumbent warhorses Sam Boskey and Marvin Rotrand. Cohen pulled just under 5%, Roussopoulos was bounced from second place the last time he ran to fourth place this time, and the other CDME anarcho-candidates averaged under 200 votes. A fiasco by any standards.

After enduring provincial and municipal elections in the last year, our ordeal unfortunately is hardly over: next comes the Quebec referendum on sovereignty sometime in 1995. This will probably provoke heightened activity from pro-separatist anarcho-nationalists—the other main pole of local anarcho-statism.

1. See my article, “The Ecology Montreal Party: a ‘Libertarian’ Frankenstein”, which appeared in the Spring/Summer 1994 issue of Anarchy. If you would like a copy, write to me @ Michael William, P.O. Box 1554, Stn. B, Montreal, Que. Canada H3B 3L2.

2. Whoever did the anti-Roussopoulos poster—nice one! All the copies I saw were glued up and I’d like to get a clean copy. Please send to the above address.

WARNING: Voting may be hazardous to your health 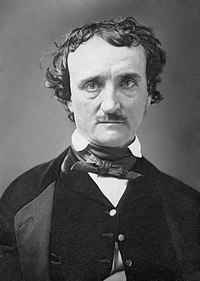 Reportedly, Poe was happened upon by political party hacks offering free food and drink in exchange for voting in the day’s city elections. As a visitor to the city, he did not question what might otherwise be considered Southern hospitality.

Poe’s low tolerance of alcoholic drinks of any kind probably induced him into a state of exhaustion, which only got worse with each visit to the various polling places where he voted (several times in one day!).

The Mystick Korpse of Comatose parades to remember Poe’s untimely demise and to forewarn the electorate of the hazards to life and liberty that voting brings. If voting really changed our lives for the better, it would be made illegal.

WARNING: This Could Be You!

FE Note: The Poe voting warning on this page was sent to us from New Orleans where it was passed out during Mardi Gras. The Mystick Korpse of Comatose was one of the many groups marching in the parades.