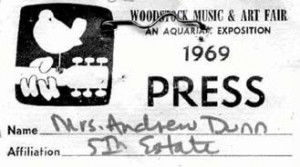 Woodstock Music Festival, 1969. The Fifth Estate was in its fourth year of publication and was part of the counter-culture music scene as much as the anti-war and resistance movements of the times. The festival gave the then-tabloid paper press passes and bought a full-page ad.

Stephen Goodfellow’s art once again graces our front page as it has in numerous previous issues. The Non Serviam ball is also his creation. See goodfelloweb.com

5 Anarchism and Violence or State Violence?

7 Propaganda of the Deed

8 Taking it OFF the streets! From Ritual to Resistance

13 Art in Support of Prisoners

16 Life in the Body Dump: Kelly Pflug-Back from prison

18 Operation 8: Terror Down Under

25 What Do We Learn in School

27 A Short History of Schools

36 Mexico: The Realities of Tourism

37 Occupying the Citadels of the Mind

44 WWAD What Would Anarchists Do?

46 Food Not Bombs by Dave Not Bombs