Over the past year, ruling elites in Russia and Ukraine—often in collaboration with fascist gangs—intensified active repression of those who dare to express dissident points of view on a wide range of topics, from workers’ demands for back pay, to the rights of ethnic minorities, to antifascist activities. 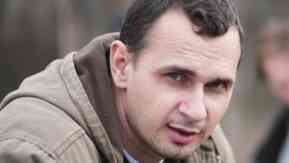 In our Summer 2015 issue we reported the plight of Crimean anarchist and antifascist Alexander Kolchenko and Ukrainian filmmaker Oleg Sentsov, who were arrested in May 2014.

They are accused by the Russian security agency of participating in a fascist Right Sector group, which the authorities termed a “terrorist” plot to destroy essential utilities, rail bridges and power lines, and set fire to offices of pro-Russian political organizations in Ukraine.

In August 2015, they were put on trial and, despite their long histories of opposing right-wing groups, the two were found guilty. Kolchenko was sentenced to 10 years and Sentsov to 20 years, both in a high-security penal colony. The charges are politically motivated and grossly inflated and their trials have been condemned by human rights observers.

Sentsov and one of the main witnesses for the prosecution say they were tortured, but ignored by the court.

The fate of Kolchenko and Sentsov appears to be subject to the Putin administration’s foreign and domestic policies. Attempting to legitimate their annexation of Crimea and brutal treatment of domestic critics, Putin and other Russian power-holders are using the dissidents as bargaining chips in a familiar and disgusting political game.

Supporters report that both Kolchenko and Sentsov remain defiant against the state and are holding up under very trying circumstances. They deserve our solidarity and support.

Readers can send letters (which will be translated and forwarded), and learn about other forms of support via solidarityua.info/en/kak-pomoch-2/napisat-pismo/