The excerpts on these pages are shortened versions of ones published in Defiance: Anarchist Statements Before Judge and Jury, a new title from Detritus Books in Olympia, Wash. detritusbooks.com. During the last 150 years, people identifying with the anarchist tradition have employed direct action many times against the state bringing repression and punishment upon them from the apparatus they seek to dismantle. This anthology chronicles 27 unrepentant voices of those facing courts and juries after apprehension and conviction.

They stretch back to the words of 1871 Paris Communard Louise Michel to anarchist hacktivist Jeremy Hammond’s address before a judge in 2013 for cybercrimes against a private intelligence company.

These powerful statements of resistance can be read either as models of militant responses to capitalism and oppression, or as cautionary tales of the futility of individual actions acting ahead of mass movements for revolutionary change.

Whichever they are, those who committed acts motivated by a hatred of this society, now or in the past, deserve respect and support. Their statements need to be read in full to get their full power.

Alexandre Marius Jacob ((1879-1954) was a French illegalist anarchist who rejected a life of work and became a prolific thief focusing his robberies on social parasites like landlords, politicians, and the clergy His gang, dubbed “Workers of the Night,” pulled off more than 150 robberies between 1900 and 1903. Jacob generously donated to anarchist causes.

Jacob addressed the court upon his conviction in 1905:

“Every man has a right to life’s banquet. The right to live isn’t begged for, it’s taken. Theft is the restitution, the regaining of possession. Instead of being cloistered in a factory, like in a penal colony; instead of begging for what I had a right to, I preferred to rebel and fight my enemy face to face by making war on the rich, by attacking their goods.

“The struggle will only disappear when men will put their joys and suffering in common, their labors and their riches, when all will belong to everyone.

“Revolutionary anarchist, I made my revolution. Vive l’anarchie!” 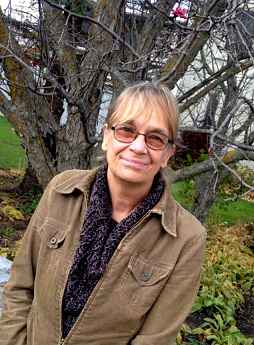 In 1983, following the conviction of the group members, hearing her sentence of life in prison, Hansen threw a tomato at the judge. She served eight years before being released.

“For many years now, I have understood that the justice system was actually a system of injustice when seen in the broader social context. I was aware that parliament is where men make Laws to protect big business, wealthy individuals and the status quo. Police were employed to enforce the laws, courts were created to prosecute those who broke the Law, and prisons were built to punish the guilty.

“My faith in the justice system began to erode as I grew up and saw the big businesses ripping off people by selling poorly produced products at high prices, resource companies gouging and raping the earth, governments producing nuclear arsenals capable of destroying life on earth many times over, pornographic magazines that normalized and glamorized rape, incest and sexual assault, and Indians being herded into reservations to die.

“All these crimes against humanity and the earth are legal. They are protected and sanctioned by Parliament, the courts, the Law and the police.

“This past eight months in court has sharpened my perceptions and strengthened my political convictions to see that the legal game is rigged and political prisoners are dealt from a marked deck.

“The politics of Direct Action saw the interconnectedness of militarism, sexism, environmental destruction and imperialism. We saw that all these problems are rooted in the value system and way of thinking called capitalism and patriarchy. These values are passed on from one generation to the next through the institutions of this society—the multinational corporations, schools, mass media, church, and commercial culture.

“I am called a terrorist—one who tries to impose their will through force and intimidation—by the court and press.

“But I am not a terrorist. I am a person who feels a moral obligation to do all that is humanly possible to prevent the destruction of the earth.”

Eric King is a vegan anarchist from Kansas City, Missouri. In 2016, he was convicted of using “explosive materials to commit arson of property used in or affecting interstate commerce” after he threw a hammer through a state representative’s office window, followed by two Molotov cocktails, in solidarity with the uprising in Ferguson, Missouri.

King was sentenced to ten years in prison.

“I’m not sorry for what I did. I’m sorry that I got caught before I could do more things. I would have loved to attack more government buildings and make sure that bubble of safety that prosecutors and FBI agents and judges feel got shattered.

“It’s shown me what love means. It’s shown me what being a real human means; standing by people when they’re knocked down, not further knocking them down, not going after poor people if they want to provide for their families and not doing it the way that white society thinks is appropriate.