a review of
Secolo Nuovo or The Times of Promise by Fulvia Ferrari. Detritus Books 2021 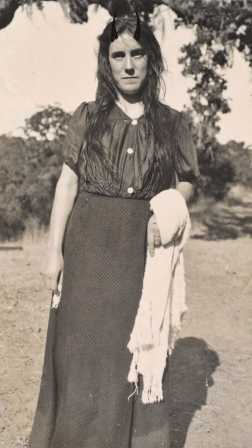 “There are people in this world committed to spreading rebellion as far as possible. They appear amid the disaster and guide people away from the [wreckage]. They carry a secret flame that can infect entire cities with its brightness. Fulvia carried this flame along with many others, living and dead, and they passed the sacred flame to us. It’s possible Fulvia never had children. Maybe those children are us.”

—The Flames of Fulvia Ferrari by The Cinema Committee

It tells the story of humans resisting imperialism, colonialism assimilation, capitalism and other oppressive forces, from the Indigenous European tribes fighting the Roman Empire, to French anarchists struggling to defend the Paris Commune, to Indigenous Mexicans trying to push back the encroaching yanquis in what is now California.

Secolo is also a comprehensive fictionalized record of the brutal labor struggles of dock and maritime workers who were forced to wage war against the exploitative bosses of San Francisco and the world at the turn of the 19th century and of the anti-Chinese racism in the labor movement and beyond.

The novel’s protagonist, Fulvia Ferrari, is from a long line of Alpine witches. So, she learns from her mother, a renowned revolutionary and respected figure in their self-sufficient California commune they both live on. Fulvia has always been wild and different.

The other commune members stare at her. She sings in the street, she drinks wine naked in the afternoon, lives alone and has no children. She is queer in more ways than one.

She has her allies in the commune, but is acutely aware of the eyes on her, the talk about her, her ex-lover’s influence on how the other commune dwellers view her. She stands up in meetings and talks a little too passionately, yells and insists, is stormy and difficult.

Her friends on the commune humor her and support her, calm her down, celebrate her queerness, drink with her, kiss her and admire her.

After learning of her magical ancestors from Les Diablerets, a series of peaks in the Swiss Alps, Fulvia begins writing a furiously paced, jam-packed history of the resistance of the “light” against the “darkness.” She sits among her pilfered library books day and night, scribbling furiously.

The narrative of her days in the commune is interrupted and interspersed by this history, which unfolds and doubles back as Secolo progresses, a self-aware narrative that recognizes the multiple experiences that can be contained in a single history.

The novel’s magical realist aspects are only inferred at first. In this alternate reality or timeline, inventor Nicola Tesla and the descendants of Alpine witches have found a way to channel the earth’s electromagnetic currents to power the world. The use of this deep-earth power is pragmatic and limited. Only certain people can be “conductors,” and the current is uneven, unpredictable and sometimes unavailable for long periods of time.

This alternate earth also features a layer of reality referred to as “the Dream,” a powerful and bewitching force that is stronger on a territory inhabited by an Indigenous community near the commune. This seems to be related to the electromagnetic magic that powers the world, but the Dream is channelled as a sort of divination force and overwhelms those who are unable to wake from it. Fulvia and others are more skilled at navigating the Dream, and this is part of her inherited power, which she is only beginning to understand

According to the Committee’s research, the real Fulvia Ferrari was from a line of elusive and mythical anarchist women who lived in San Francisco from the 1800s to the 1980s. The first of these women, Fulvia’s grandmother Josephine Lemel, moved to San Francisco from France in 1873 and lived on Telegraph Hill, a rebel bastion.

Ferrari’s mother Isabelle was a fierce and active anarchist who left her infant daughter with comrades on a Northern California commune to fight the Russian Empire in the Ukraine in the 1910s. In 1941, while searching for her mother, who had disappeared somewhere in the USSR, Fulvia Ferrari was arrested without a passport and was interned for four years in a German concentration camp, ostensibly for lack of identification.

After the war, Ferrari returned to San Francisco and sought out her father, an anarchist named Enrico Travaglio, who was extremely active in the dock workers’ strikes of the time and became involved in anarchist revolutionary activity in the Bay Area. The Cinema Collective has detailed more of her life in its articles. The book fictionalizes and touches upon some of these events, although the novel’s timeline ends in the 1950s.

The cover of Secolo Nuovo (also the name of an anarchist paper Ferrari’s parents helped produce in San Francisco from 1894 to 1906) features the only known photo of Isabelle Lemel Ferrari, taken by her friend, Jack London. This image adds to the novel’s deliberate ambiguity: is this a fictional memoir authored by Fulvia Ferrari herself? Possibly.

More likely it is a tribute richly illustrated with both photographs and other depictions of the events and historical figures it references, written by the comrade or group of admirers behind the articles appearing in the Transmetropolitan Review. Although dense in its references, the novel’s historical narrative is fascinating and informative, and could easily serve as a more accessible reference work for anarchists who struggle with non-fiction histories.

Whoever the author, the novel delves deep into what you might call a people’s magical history of anarchist resistance. It personalizes anarchist history through a family memoir thread and gives anarchism a mythical origin story that extends back to 285 CE, among a tribe of witches nestled in the Diablerets (or “devil’s”) mountain range in the Swiss Alps.

The stories of the descendants of these Alpine witches and their Nubian Egyptian co-conspirators (a Roman legion that defected to join their movement under the direction of a leader named Mauritius) are gripping and exciting. The children and grandchildren of this anti-imperialist marriage descend from their mountain stronghold and spread across the world.

They carry their message through revolutionary moments and movements, bringing those struggling to define their revolt into the ranks of the ancient anarchists with the words none are free until all are free, changing the world through the arts, literature, labor organizing, heresy and bombs.

This sprawling history is “alternative” in that it links many real historical figures to the Lemel women’s Alpine witch forebears and their earth magic. Yet it is abundantly clear that other authoritative histories have been in the habit of co-opting and rewriting rebel narratives in favor of the dominant powers for time immemorial.

The Catholic Church really did make Mauritius a saint, for example, and later erased his African features from depictions of Saint Maurice, but the fictional Fulvia claims that this was done to make it seem like he died a martyr for the Roman Empire and cover up his conspiracy with the inhabitants of Les Diablerets. Although her claim is unverifiable, history constantly reminds us that it is not so unimaginable. It would be an unsurprising parallel of many other rewritten and co-opted rebel histories, including, as the novel reminds us, that of Yeshua al Nosri, a rebellious contemporary of Mauritius later known as Jesus Christ.

In claiming to be a true history, Secolo Nuovo’s timeline of anarchism makes all other true histories suspect and is a reminder that we are always missing the parts of the story that don’t serve the powers. And, the only ones who can tell the true stories are the rebels themselves. So, why not fill in the blanks?

As The Cinema Committee puts it, “it’s hard to know what to believe, but we prefer the stories of annoying people at local cafes and old women sitting at bus-stops on warm evenings” to those of the dead white men behind the official histories.

The author of Secolo Nuovo, “new century” in Italian, has created fictional ancestors for us to give anarchists an origin story, an earth-moving electromagnetic conductor witch tribe to relate to, the knowledge that descendants of the Alpine witches and Nubian rebels are hidden throughout our histories and that their secrets lie somewhere in our bloodlines, whispered in our hearts, as we repeat our inherited incantation: none are free until all are free.

Marieke Bivar is in Mtl, Tio’tia:ke, QC, Canada (whatever that is). Life is long, so she is cultivating patience while writing, translating, and trying to keep up with the pace of mourning under capitalism, colonialism and Covid-19.