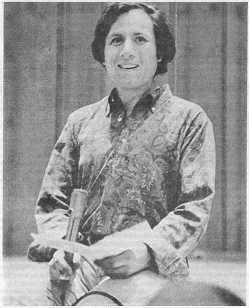 QUESTION: Could you please tell me how and where I can get a convenient contraceptive?

Unfortunately, it is impossible for me to get any by prescription as I am 17, single and living with my parents.

P.S. I hope that you understand “convenient” to mean something I would not have to use at an inopportune time. This can tend to be mood-breaking at best.

ANSWER: It’s true that many private physicians are reluctant to prescribe birth control pills or other contraceptive devices for minor females without the consent of parents. But, fortunately, birth control advice and devices are available to females of ANY AGE at Planned Parenthood Centers. A list of PP Centers follows this column. If, for some reason, you don’t want to go to the Planned Parenthood Center in your community, you can go to another one. You’ll be seen regardless of where you live. The fees are set on a sliding scale depending on income and number of dependents “but no one is ever turned away.”

According to literature from Planned Parenthood of Alameda County (Calif.), women under the age of 18 are seen (1) “If married or planning to be” (they won’t press you for the marriage date); (2) “If ever pregnant or at risk of becoming pregnant” (any girl who does not use birth control pills runs this risk); (3) “If referred by a recognized social agency, doctor or clergyman; (4) “with permission of parent or guardian.”

During the first visit to Planned Parenthood, a nurse will conduct a class in methods of contraception. Males are welcome. Next comes a short intake session with an interviewer. Following the brief interview, a physician gives a breast and pelvic examination, including a cancer or Pap smear. Contraceptive supplies are then issued.

Most girls prefer contraceptive pills because they are 100% effective when used according to instructions. Some, however, prefer to use an intrauterine device (IUD, loop), diaphragm or vaginal foam. Even the rhythm method is taught for those Catholic females who will choose to follow the Pope’s recent opinion about birth control (not until 1870 did Popes decide they were infallible.)

Planned Parenthood is a voluntary agency which provides many services besides birth control information and devices. They maintain an infertility referral service for couples unable to have children, premarital counseling, pregnancy testing, and a referral service to private physicians for medical problems, tubal ligations and vasectomies. They also provide educational programs to community groups and information and training for professional workers in medicine, social work, religion, social science and public health.

Fifty years ago, Margaret Sanger and her sister, nurse Ethel Byrne, were arrested and imprisoned in New York City for the crime of dispensing information about birth control. Similar arrests continued until recently when the Supreme Court decreed that laws forbidding the prescribing of birth control devices by physicians were unconstitutional.

A similar question is the right of a physician to perform an abortion when he feels it is medically justified. This battle will shortly be waged in the courts by the American Civil Liberties Union. Hopefully, it won’t be fifty more years before Planned Parenthood can include amongst its services therapeutic abortions.

Following are Planned Parenthood Centers in your area:

Dr. Schoenfeld welcomes your questions. Write to him c/o the Fifth Estate.