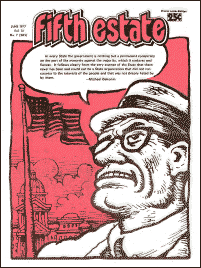 In every State the government is nothing but a permanent conspiracy on the part of the minority against the majority, which it enslaves and fleeces. It follows clearly from the very essence of the State that there never has been and could not be a State organization that did not run counter to the interests of the people and that was not deeply hated by them.
— Michael Bakunin