Thoreau Made a Hippy 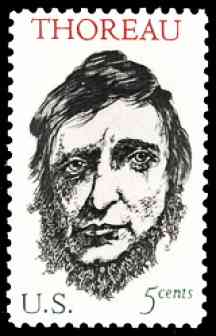 A new United States postage stamp commemorating the 150th anniversary of the birth of Henry David Thoreau has been designed by painter Leonard Baskin.

The stamp was first placed on sale July 12 at the writer-anarchist’s home town of Concord, Massachusetts.

The stamp came under fire recently from Thoreau devotees on the grounds that it makes bearded, long-haired Henry look like a “hippie.” Indeed, Thoreau’s appearance and his life style may qualify him as one of America’s first “hippies.”