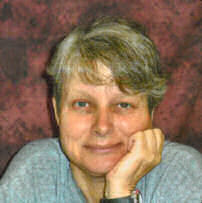 Marius Mason has begun hormone treatment for medical gender transition in a Fort Worth, Texas federal prison after a long awaited decision by officials to allow it.

He was sentenced in 2009 to 22 years imprisonment for the 1999 sabotage of a Monsanto laboratory on the Michigan State University campus in East Lansing, and is currently held in a highly restrictive unit at Carswell Federal Medical Center.

Marius was diagnosed with Gender Identity Dysphoria (GID) in 2013, and came out as trans to friends, family, and supporters the following year. Since then, he has sought gender-affirming health care, including testosterone hormone treatment, or “T,” that will cause him to develop male secondary sex characteristics. It is believed that he is the first trans masculine person to transition after coming into federal custody.

Although he uses masculine pronouns and the name Marius, the states of Texas and Michigan, where he could be said legally to reside, forbid name changes for incarcerated people. Experts in the treatment of trans people, however, insist that respect for a patient’s identity, including a gender-appropriate name and pronouns, constitute medically necessary care which prisons are required to provide.

The Federal Bureau Of Prisons (BOP) has a policy on the care of individuals with GID since at least 2011, but despite Marius’s 2013 diagnosis, it was not until an independent expert reviewed Marius’s medical records that Carswell administrators agreed to hormone treatment. The facility is now much closer to compliance with federal policy on gender-affirming care, and it is hoped that they will acknowledge the use of gender-affirming names and pronouns as a medical necessity.

The prison requires that correspondence and phone calls utilize his birth name rather than the one consistent with his gender choice.

Estimates of the number of transgender people in the general population is difficult to estimate, both because the U.S. Census does not track this demographic, and because continued discrimination deters many people from identifying as such publicly. As a result of transphobia, transgender people are disproportionately forced out of homes and the workforce, and are as a group over-represented in carceral settings.

Other good news for Marius is that Skype calls are now available to Carswell prisoners and he is able to see his children and friends and be given virtual tours of their surroundings.

Plus, the BOP announced that the 102 U.S. federal prisons will offer vegan meals. Often Marius’s diet consisted of peanut butter and crackers from the commissary due to a lack of plant-based options. This change is a direct result of inmates and their advocates demanding that the BOP offer vegan food. However, Marius says he has yet to see the results of this and actually the food service has gotten worse.

Marius has applied to Ohio University Correctional Education, one of only a small number of colleges that offer full correspondence (rather than on-line) courses.

The coursework costs $343 per credit hour (each class is 3-4 credits), plus an application fee and books, totaling an estimated $1200-$1300 for the first course in psychology. Donations are needed and can be made through his web site.

The Draconian sentence Marius received and the isolation from family, friends, and comrades is alleviated greatly by letters.

Anyone can write him, but he can only reply to a restricted list. Address letters thusly:

For more information about Marius, see SupportMariusMason.org where you can sign up for regular updates and see Marius’s poetry and art work.

For more information about trans-gender people in prisons, visit the site BlackandPink.org.